How to Become a Computer and Information Research Scientist

In 1965, Intel co-founder Gordon Moore wrote a short article for Electronics magazine in which he stated his belief that processor capabilities were doubling every year. He revised his statement 10 years later, saying he believed processors would double in complexity every other year as a result of continually emerging technologies and the physical properties of computer chips and their components. That belief quickly became known as “Moore’s Law,” which simply says computers will double in performance capability every two years.

The industry consensus is that Moore’s law won’t persist beyond the 2020s, as the trend of shrinking transistors means they would eventually have to be smaller than individual molecules, which isn’t a real possibility in the near future. However, that doesn’t mean there won’t be more advancements in computing technology. It’s up to the next generation of computer science experts to innovate and improve computers through programming, networking, materials, and research. These experts, often known as computer and information research scientists, work in many different industries, from biomedical engineering to sports analytics. Continue reading to learn more about how to become a computer and information research scientist, as well as the projected market and salary for this in-demand career. 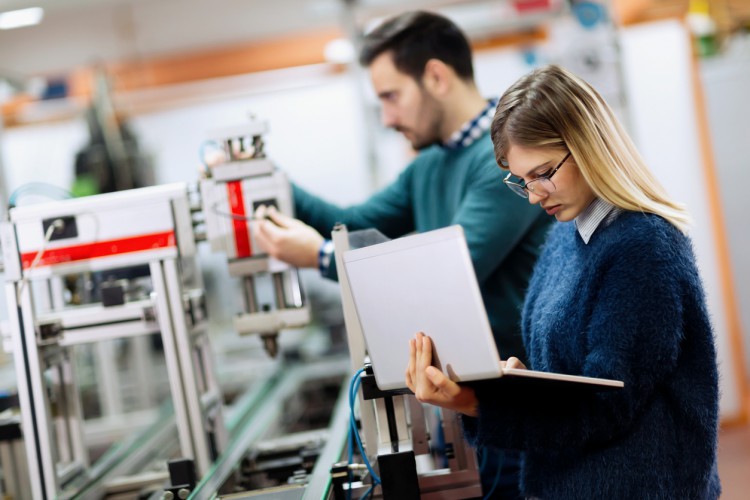 What Does a Computer and Information Research Scientist Do?

Computer and information research scientists advance the field of computing technology through research and experimentation. As experts in how computers and network systems operate, they come up with new ways to program, assemble, and link computers and other devices. Their work improves processing, data transfer speeds, and more. They design experiments to test theories about new algorithms, programs, or systems and write research papers to be published in academic journals. They often work in data science, managing and protecting large data sets for governments or corporations. They may also work in computer system design or engineering firms, helping develop new software, systems, or programming languages.

Steps for Becoming a Computer and Information Research Scientist

Becoming a computer and information research scientist takes more than an interest in the inner workings of computers. It requires years of study, an advanced education, and an intricate knowledge of computer networks. Along the way, in the classroom and beyond, these tech experts pick up extensive experience working with computers in many different capacities.

Get the Right Education

Computer and information research scientists hold advanced degrees in their field. Their postsecondary educational path starts with a computer-related degree, such as a bachelor’s in data science or computer science. These programs teach important skills in programming, statistics, machine learning, and predictive modeling. To become a computer and information research scientist, aspiring professionals also need to complete a postgraduate degree, such as Maryville University’s online Master of Science in Data Science. In this program, students build on their undergraduate education with courses in data mining, big data analytics, deep learning, and experimental design. Courses at an advanced level take skills earned in a bachelor’s degree program to the next level. At Maryville University, for example, master’s in data science students learn how to conduct the research and data analysis necessary to become a scientist in this field.

Many of the world’s top technology and computing corporations have their own industry certifications, which data scientists can earn to illustrate their capabilities to employers. Dell, IBM, Microsoft, and SAS offer some of the more popular ones.

The U.S. Bureau of Labor Statistics (BLS) reports the median annual salary for computer and information research scientists was $118,370 per year as of May 2018, while the top 10% earned approximately $183,820 annually. The highest-paying industry by median annual salary was software publishing ($140,220), followed by research in the physical, engineering, and life sciences ($128,570) and computer systems design and related services ($124,220).

As of May 2018, according to the BLS, there were 31,700 computer and information research scientist jobs in the United States. The BLS expects that number to reach 37,000 jobs by 2028 — a 16% growth rate, which is more than three times the national job market growth rate during the same period. The largest area of growth will be in computer systems design and related jobs, with 2,800 of the 5,200 new jobs added in that area. Scientific research and development services (1,200 jobs) will also see significant growth.

Computer experts who want to take their knowledge of hardware, software, and programming to the next level should consider pursuing the education, experience, and certification required to become a computer and information research scientist. The field is growing, and innovators are needed to meet the demand for development in many industries. Discover how Maryville University’s online Master of Science in Data Science can help you take the next step.

Projected Tech: A Look at the Future of Software Engineering

The Future of Data Science and Important Skills for Data Scientists

CIO, “Fifteen Data Science Certifications That Will Pay Off”

Forbes, “A Day in the Life of a Google Research Scientist”

U.S. Bureau of Labor Statistics, “What Computer and Information Resource Scientists Do”