How to Identify and Overcome Your Implicit Bias

View all blog posts under Articles

We all have biases — unsupported assumptions we make about people or groups. Implicit bias, also commonly known as unconscious bias, refers to the various social stereotypes and judgments that people unknowingly assign to others based on a variety of factors, such as their age, socioeconomic status, weight, gender, race, or sexual orientation. And while these biases aren’t always negative, they’re shaped by a survival instinct that causes people to associate with people they perceive to be similar to them, because they’re deemed to be “safe.”

Examples of unconscious biases are present throughout our personal and professional lives. In Blink: The Power of Thinking Without Thinking, Malcolm Gladwell notes that in the general population, roughly 3.9% of adult men are 6 foot, 2 inches or taller. Yet among a random sampling of CEOs, he found that nearly a third, or roughly 33.3%, fell into this group.

According to Gladwell, this could be linked to an unconscious belief that height correlates with success. This hypothesis is further underscored by a 2020 Chinese study that found that each centimeter in height above average correlated with a 10% to 13% increase in annual earnings.

In an example from 2018, two Black men walked into a Philadelphia Starbucks to attend a business meeting. The manager asked them to leave, and they declined, saying they were waiting for their associate. The manager called the police, who then arrested the men. In interviews after the arrest, the men said they believed the manager had targeted them because of their race. Starbucks responded by holding companywide training to “address implicit bias, promote conscious inclusion, and prevent discrimination.” 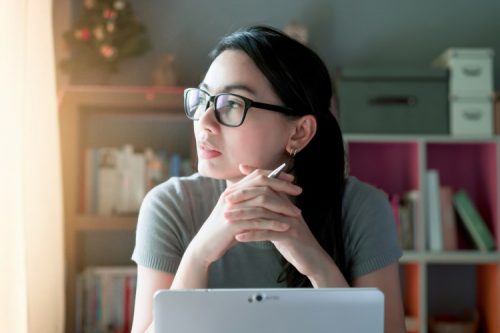 Everyone holds implicit beliefs about various social groups, and these biases can have a negative impact in our social, study, and work environments. Implicit biases are harmful because they influence the way we perceive and interact with others — and can lead us to depersonalize people from different groups based on perceived characteristics. Learning to identify and overcome them is an important step toward overcoming prejudice and social and racial stereotypes.

What Is Implicit Bias?

Whereas explicit biases are those that people express openly (e.g., arguing that mothers of young children shouldn’t hold management positions), implicit biases often lie outside of our conscious awareness.

For example, if a manager assigns a tech-heavy task to a young employee instead of an older one based on the unspoken assumption that younger staff members are better with technology, implicit bias is at play. Unconscious bias can also occur in the classroom; for example, students may marginalize non-native English speakers when choosing work groups, with the unconscious assumption that they may not perform as well as native English-speaking peers.

The insidious nature of bias lies in its unconscious nature, as our implicit biases often contradict the values that we aspire to. And when people aren’t even aware that they’re doing something, it can be difficult to correct.

The first step toward addressing implicit biases involves learning to recognize them. Among the various implicit biases prevalent throughout society are some such as race and ethnicity bias, age bias, gender bias, LGBTQIA+ community bias, and ability bias.

Race and ethnicity bias occurs when people assume certain characteristics about someone based on their race or ethnicity, such as assuming that all Asian students are good at math or that all Hispanic individuals are English-language learners, and then take actions that reinforce those biases — unconsciously overlooking a Hispanic employee for a task that requires strong English communication skills, for example.

Age bias occurs when people make assumptions about others based on their age, such as when a hiring manager looking for a social media-savvy applicant rejects a resume because the graduation date tips off that the applicant is middle-aged, unconsciously assuming that the candidate wouldn’t be adept at social media management.

Gender bias occurs when people assume one gender is better suited for a particular job — such as welding or babysitting — regardless of an applicant’s experience level.

Assuming that lesbians can’t relate to men, and so reflexively declining to pair them with male teammates; assigning gay men to workplace tasks involving design without thinking of the reasons behind their choice; and unconsciously overlooking bisexuals for leadership positions based on an incorrect assumption that they “can’t make up their minds” are examples of LGBTQIA+ community bias. LGBTQIA+ community bias is also prevalent in the healthcare system. For example, when a nurse practitioner asks a female-presenting woman if she has a boyfriend when discussing her sexual history, implicit bias is at play.

Ability bias is prevalent throughout society. Examples include hiring managers who are less likely to select a candidate with a disability because they unconsciously assume they’ll be more likely to take sick leave, and individuals who assume that all people who struggle with mental illness are prone to violent or dangerous behavior and so, without knowing they’re doing so, restrict them from certain roles.

Other Types of Bias

Implicit bias can take many other forms, such as:

People can use several different strategies to overcome and address implicit biases, although this is an area that no one can ever fully master. Examples include striving to identify and understand your implicit biases, proactively becoming more inclusive, and spending time with people who are different from you.

Identify and Evaluate Your Own Biases

The first step toward overcoming your implicit biases is to identify them. Reflect on your biases and be proactive in identifying the negative stereotypes you have about others. One way is to take one of Project Implicit’s Implicit Association Tests, which measure topics such as race, gender, weight, and religion.

The American Academy of Family Physicians (AAFP) discusses eight tactics that can be used to reduce implicit biases, using the acronym IMPLICIT:

Be Aware and Proactive in Being More Inclusive

Once you’ve identified your personal biases, you can take proactive steps to be more inclusive. For one, check your media bias: Do you find that the blogs you follow, the shows you stream, or the social media accounts you “like” are all produced by people quite similar to you? That kind of affinity is natural, but it also reinforces unconscious biases. Seek out media sources aimed at different groups. You’ll hear challenging opinions and learn how others experience the world.

In the classroom and the workplace, practice intentional inclusion. When asked to form a study or work group, pass over your friends to choose partners from different backgrounds.

Spend Time with People Who Are Different from You

Increasing your contact with different groups can help undermine your subconscious stereotypes.

Societal forces tend to keep us separate from people of different backgrounds and socioeconomic classes. Break out of your usual routine: Join a club sports team or library book group; volunteer with a nonprofit in a different neighborhood; take part in different cultural celebrations (e.g., National Puerto Rican Day, Juneteenth, or Nowruz, the Iranian New Year).
This approach is backed by science: Psychological theory suggests that individuals can reduce their prejudices by interacting with people from other races, ethnicities, and backgrounds.

Be Proactive and Take Steps Forward

While implicit bias affects the workplace, school, and social situations, you can work to avoid it through awareness and conscious decision-making. Taking inventory of the biases you have and laying out strategies to overcome them can help lead to a more equitable society for all.

BuiltIn, “16 Unconscious Bias Examples and How to Avoid Them in the Workplace”

Catalyst, “11 Harmful Types of Unconscious Bias and How to Interrupt Them”

CIPHR, “What Is Unconscious Bias in the Workplace, and How Can We Tackle It?”

EnvatoTuts+, “What Is Unconscious Bias? + Top Strategies to Help Avoid It”

Everfi, “How Inclusion in the Workplace Helps Fight Implicit Bias”

Forbes, “Unconscious Bias: How It Affects Us More Than We Know”

ONGIG, “10 Examples of Awesome Inclusion Statements” PLOS ONE, “What Is Creating the Height Premium? New Evidence from a Mendelian Randomization Analysis in China”

Vox, “Companies Like Starbucks Love Anti-Bias Training. But It Doesn’t Work and May Backfire”