The Difference Between Cybersecurity in Hollywood and Reality

Computer hacking isn’t a new concept in the real world or popular culture. According to a retrospective piece in CNN, one of the earliest high-profile hacking incidents occurred in 1983 and involved a group of teenagers calling themselves “the 414s.” As described by Timothy Winslow, one of the group’s members, they broke into several computer networks housing extremely sensitive information: the Los Alamos National Laboratory, Sloan Kettering Cancer Center in New York City and the Los Angeles-based Security Pacific Bank, among others. The 414s didn’t steal anything or cause serious damage – they were motivated by curiosity – but the FBI still arrested them. Only a plea focused on the fact that they’d engaged in no real malfeasance saved them from jail time, according to Winslow. 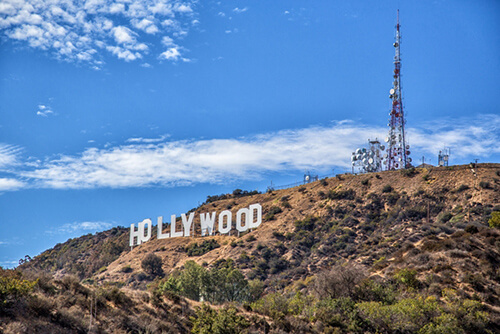 Just a few months before the 414s received national coverage, the film War Games premiered in June to positive reviews, including a four-star notice from the late film critic Roger Ebert. The movie depicted a disaffected high schooler (Matthew Broderick) who – somewhat accidentally – hacked into the Department of Defense mainframe and nearly caused a nuclear crisis. Many viewed War Games as being plausible if not probable, and the 414 hacks following its release helped raise public awareness about the reality of certain cyber security threats.

More than 30 years later, cyber security breaches are viewed as potentially massive threats to both the public and private sectors. During this period, filmmakers and creators of TV series have continued to use hacking as plot material. Some of these have been eerily prescient, with others considered ludicrous. It’ll be prudent for those considering a cybersecurity career to examine the differences between the biggest hacking-related stories and the reality of cyber warfare.

A brief history of cinematic hacking

The aforementioned War Games has reasonable claim to the mantle of “first major hacker movie,” although Tron, released in 1982, touched on some basic hacking concepts. These movies would spawn many successors, not always on the silver screen: In 1984, science fiction novelist William Gibson began his Sprawl trilogy, starting with Neuromancer, which won both the Hugo and Nebula awards – sci-fi writing’s highest honors – shortly after its release, according to Mail & Guardian.
Then, in the 1990s, multiplexes saw a plethora of hacking-related films:

All of these films had their supporters and detractors, with The Matrix probably having the greatest overall imprint on pop culture (albeit not for its hacking depictions, which quickly gave way to implausible alternate-reality plots). The hacker-centric thriller, or “cyberthriller,” remained a reliable fictional subgenre into the new millennium, its most notable examples being the novel and film versions of The Girl With the Dragon Tattoo, Michael Mann’s globe-trotting Blackhat and the acclaimed psychological-thriller TV series Mr. Robot. (Additionally, the most highly praised James Bond film of the past several decades, Skyfall, included a massive cyber attack as a central plot point, and hacking frequently found its way into the controversial action series 24.)

What gets lost in translation?

According to a piece in The Atlantic analyzing the issues with representing hacking in movies or television, the most common issue has often been visual representation. With the excuse that the act of coding itself – a great deal of keystrokes to deploy precise coding commands, behavior that is anathema to most average computer users – directors and effects artists often attempt to make hacking more visually exciting, often by deploying elaborate graphics on the screens of characters’ computers. Both Hackers and the cyberthriller Swordfish engage in this misrepresentation.

Other than that, the speed of hacking is often exaggerated in fictional contexts. Real programming and coding endeavors, which are at the root of cyber security breaches, can often take days or weeks to complete, rather than hours or minutes. Though cyberattackers have used their skills to steal money within the digital space, doing so involves much more complex processes than what’s seen in fiction, and information is their prize more often than profit. Basically, hackers are more likely to be motivated by curiosity and social justice (if they’re “white-hat” in motivation) or destructive and perhaps anarchic ideology (or “black-hat”).

However, The Atlantic’s article did point that movies and TV have, in several notable instances, moved away from near-farcical levels of incorrect detail and embraced accuracy to more properly address the real-world implications of cyber security and our interconnected world. This is visible in the massive dollops of accurate coding and algorithm terminology (and lengthy programming scenes) scattered throughout the otherwise ribald comedy Silicon Valley. Blackhat, despite its general critical panning, was cited for its technical accuracy, though it fell prey to the hacking-as-robbery trope.

Yet perhaps no work of fiction depicts people’s greatest fear not only of hacking but also of overarching surveillance by shadowy forces better than Mr. Robot. As noted by The Atlantic, the show is centered around a brilliant programmer struggling with mental illness, childhood trauma and his frustrations with what he considers the excesses of capitalism. Protagonist Elliot Alderson and other prominent characters use actual hacking and programming tools in explicit detail. According to Wired, some of these tools include end-to-end encrypted email, file conversion programs, a penetration-focused variant of the Linux operating system and various systems to thwart two-factor authentication.

It’s true that no TV show, movie or novel will get hacking and overarching cyber security issues perfectly right, so those seriously pursuing a cyber security must review the nonfiction texts of coding and programming experts. However, for the average person, a series like Mr. Robot might make him or her think twice about that weak password.

What We Learned From Infamous Hacking Incidents

The Rise of Mobile Attacks and What That Means For You

CNN – I hacked into a nuclear facility in the ’80s. You’re welcome.

The Atlantic – Pop Culture Is Finally Getting Hacking Right