Current Epidemics in the U.S.

Nurses are front-line heroes who have taken their rightful place in the hearts of citizens as they battle a deadly pandemic. However, they also face a slate of current epidemics in the U.S. that are being overshadowed by COVID-19. Clinicians deal with a number of overlooked epidemics every day in urban medical centers, community hospitals, and physicians’ offices alike. Some of the hidden epidemics include opioid addiction, drug-resistant infections, teen suicide, and mental illness. 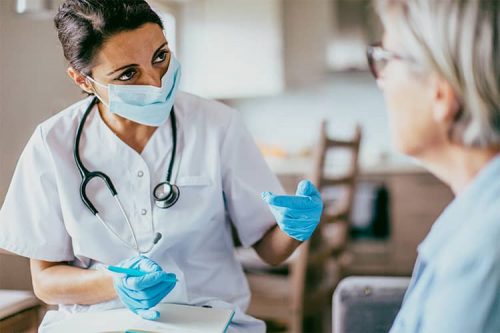 Cases of opioid addiction have risen to epidemic proportions over the past few years. Some opioids are legal prescription painkillers (oxycodone, codeine) while others are illegal drugs (heroin), but they are all highly addictive. Opioids may lead to drug tolerance, wherein users need to increase the doses they take to achieve the same effect.

Taking opioids for an extended period causes dependence, which means that people who stop taking them will likely have withdrawal symptoms. Individuals who become addicted may jeopardize their relationships, careers, and, ultimately, their lives, as addiction can lead to overdose and other serious health problems. Nurses can help curb the impacts of opioid addiction by identifying and educating at-risk patients, diverting patients to proper treatment resources, and monitoring patient progress.

For years, the CDC and other medical groups have warned against the emergence of drug-resistant bacterial infections. These “superbugs” are mutations of bacteria that have grown stronger over time due to overuse or improper use of antibiotics.

MRSA (methicillin-resistant Staphylococcus aureus) is a particularly stubborn infection that is experienced in virtually every hospital at an increasingly alarming pace. Nurses are even seeing patients who enter the care setting with MRSA already in their systems. This is especially true of individuals who are HIV-positive or have a life-threatening case of the flu. To help lower infection rates, nurses must be vigilant in following infection control procedures, including cleaning and disinfection protocols, as well as in monitoring antibiotic use among patients.

One area where nurses can have a positive impact on a community’s well-being is by reaching out to teens who are struggling with family troubles, social pressures, mental health conditions, or other issues that might lead to suicidal thoughts. The medical community has seen a disturbing increase in teen suicides and suicide attempts in recent decades. Medical personnel, families, and other concerned parties should learn how to identify early warning signs, which may be mistakenly attributed to the general angst that comes with being a teenager in today’s world.

Nurses who work in a school, community, or family practice setting can help teens by teaching healthy habits and self-care strategies such as participating in stress-management activities. They should also know how to connect at-risk patients with counseling, medical care, or other resources like the National Suicide Prevention Lifeline (800-273-8255). By working to reduce the teen suicide epidemic, today’s nurses and nurse practitioners can make a lifesaving difference for families in their communities.

Mental health is another current epidemic in the U.S. and a growing concern among health care professionals. Mental health disorders are a leading cause of disability in the US and globally, and many patients suffer from more than one condition simultaneously, according to the National Institute of Mental Health Disorders. Common disorders include depression, anxiety, attention deficit hyperactivity disorder (ADHD), bipolar disorder, and borderline personality disorder.

Early detection and the identification of vulnerable groups can help caregivers introduce helpful interventions. Health personnel should be trained to identify and manage psychological distress in patients and to help coordinate care with mental health professionals.

Explore How You Can Help with a Career in Nursing

If you are inspired to help fight these current epidemics in the U.S., check out Maryville University’s online Master of Science in Nursing program. The student-centered program offers five advanced nurse practitioner concentrations to help you transform the healthcare system and your career.

Recommended Readings
What Nursing Concentration Is Right for Me?

What Does a Psychiatric Mental Health Nurse Practitioner Do?

AJMC, “Introduction to the Opioid Epidemic: The Economic Burden on the Healthcare System and Impact on Quality of Life”

Centers for Disease Control and Prevention, “Antibiotic Resistance Threats in the United States”

Los Angeles Times, “Suicide Rates for U.S. Teens and Young Adults Are the Highest on Record”

PBS NewsHour, “Youth Suicide Rates Are on the Rise in the U.S.”